I haven't done much turning of late,so it was good to get some lathe time in,and I've been making mushrooms,of various sorts.

One of the problems I have when I turn wood is that I get this mindset that what ever an object is,it should do something,and seeing as I mostly make pots and boxes I'm usually happy,a box or a pot is useful, you can put stuff in it,it doesn't just sit on a shelf waiting to be dusted,so to make something that's just an ornament is a little out of my comfort zone I guess.

So I figured I'd have a go at making mushrooms,I've seen them in shops and online,but never attempted making them,using some scrap bits of wood I managed to make a couple,which are now sitting on the mantle piece.


The one on the left is made from either Elm or Alder,I still haven't figured out which yet,and the one on the right is made from Eucalyptus,I picked that because I knew it would split and I felt this kind of looked more mushroomy,as they sometimes split in a similar way,they are a bit rough,should have probably given them more of a polish really.

After sitting and looking at them for a while I decided to try something else,using small bits of wood and some Pear bark I had lying about,I'd been looking for a use for it.

Again I've made mushrooms,but this time I've gone for something slightly more creative,and in some ways I was trying to replicate what I've seen when we've been out walking in the woods in the autumn,that being mushrooms and other fungi growing on trees and dead bits of wood.

This is the end result -

I even added some detail to look like gills -

I'm oddly pleased with these,which is a step up for me as I'm not really one for ornaments,my wife and the kids really love them,so I guess that I should try to be more open to other peoples ideas from time to time.

I did however have the last laugh so to speak,because I found a way to make a useful mushroom,and it's not a box or a pot,I've spent time looking at things that people used to use,tools and such like and I found that there are people who still use things like darning eggs,and darning mushrooms,so I made one as well.

This one is made from a bit of Spruce for the cap,and a piece of hardwood for the handle,and I hollowed out the handle a bit so that you can store needles and maybe a bit of thread inside it.

With the handle removed -

Here are the ornaments on the mantle piece,along with other ornaments -

They do fit in well with the other things that occupy the mantle piece,and they are growing on me,and if people like them I shall probably put a few in the shop and see how they do,and that's what I've been up to with my wood turning,I have various other things I want to make,but for the next few months it'll be full speed ahead for the allotment. 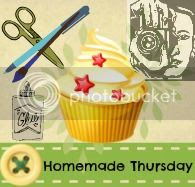