I've finally got round to finishing off some things I was working on,one of which was renovating a dolls house I found in a charity shop for the grand price of £2, the original plan was to fix it up and sell it, however it got claimed by my daughter and it's now living in her bedroom,You'd think she'd be happy with the one I made her for Christmas a few years ago,but this one is apparently now a beach house for her dolls.

Here's the dolls house before I started on it -


As you can see it's had a bit of use,my first thought was to take the thing apart completely,but as it turned out that wasn't possible because I'd have ended up breaking some of the joins,so I just took it apart as far as it would go.


Some damage,easily fixed with a bit of wood glue -


The paper used for the roof tile effect was torn in places,and there was a fair amount of pen and pencil drawing all over it,along with some stains,so I figured I'd just strip all of the paper off and see what I was left with.

Taken apart waiting for paper to be removed and then sanded -

I had hoped that I could leave it as bare wood once it was sanded,but I was unable to get into all the little gaps,even with a detail sander,so I went for a paint job instead.

After pondering the colour scheme for a while I decided on what could be described as a traditional look,but it reminds me of a cottage,white walls,black roof and green doors,personally I think it's turned out well,but then I would. 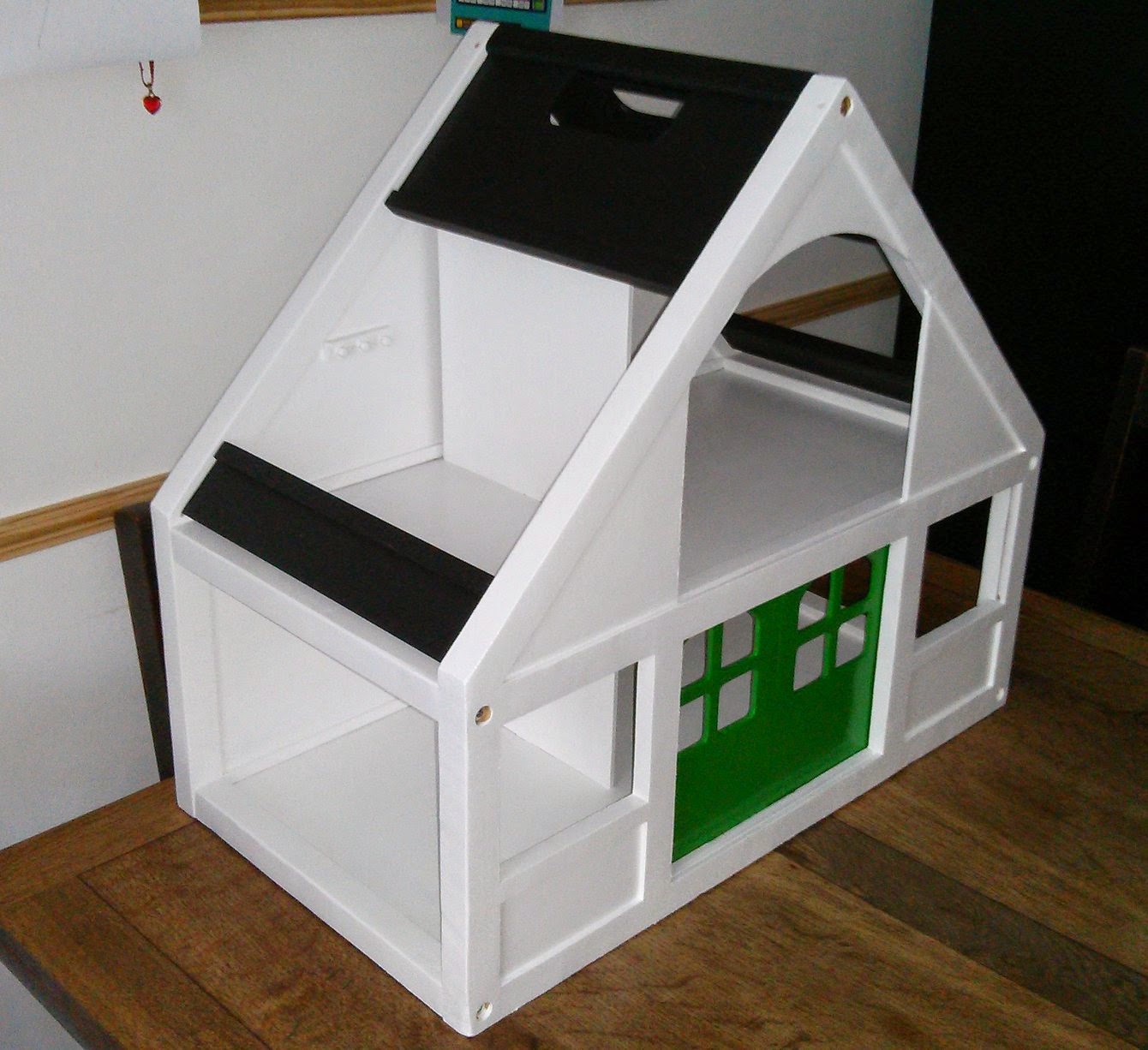 It's painted in white gloss (after 2 coats of undercoat and primer) the roof is black emulsion and the doors are painted with a green water based enamel paint,so it can be cleaned easily,and yes it's perhaps a bit on the plain side,but it looks great with some of the furniture I made for my daughters other dolls house,so now I guess I'll have to make a load more for his one.

All in all despite having spent a few ours doing it up I'm happy and so is my daughter,we had the paint already and for £2 it's not to be sniffed at,it proves that trawling through charity shops often yields interesting results.